last sunday, at 10:30pm at night, i gave bryan the best haircut of his life. it looked great, and he asked me to trim the sides a little more. we were watching the oscars, and he was talking about something and then, i gasped. 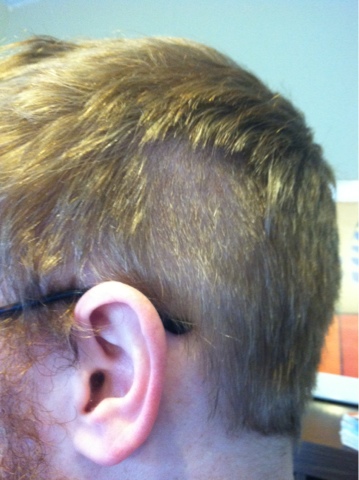 first, i thought i could fix it, but bryan quickly stopped me after he heard the horrified gasp escape my lips. i said, “don’t look at it! i can fix it!” and he said, “i need to look at it.” after five agonizing minutes alone in the kitchen after the incident, he came back out and said sweetly, “i can barely tell, it’s not that bad. but where’s the little mirror?” [for a visual, he said this to his crying wife who had buried her face in her hands]

i helped him look at his hair in the mirror so that he saw “the patch” in its full glory. he continued to be ever so sweet and say things like, “you can’t even tell from the front.” and “it’s not that bad.” in contrast, i hurdled myself facedown in our bed, crying, and started to mutter, “it’s so bad, it’s so bad, i’m so sorry, i’m so sorry. don’t worry, i won’t ever cut your hair again.”

he comforted me until we convinced ourselves that he could go to a salon or something the next day, and this would be something we’d laugh about in years to come. “the patch” only lasted about 12 hours, thankfully and in the end, he’s still as hot as ever. 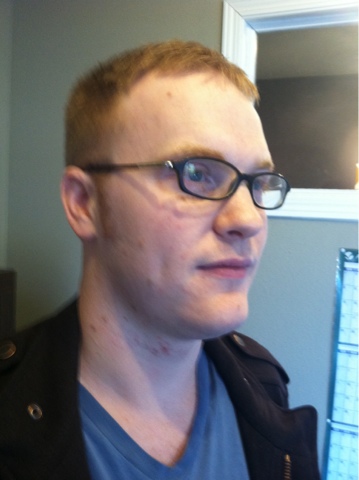 thank you twin image, for fixing my husbands hair.

One thought on “happy haircut”