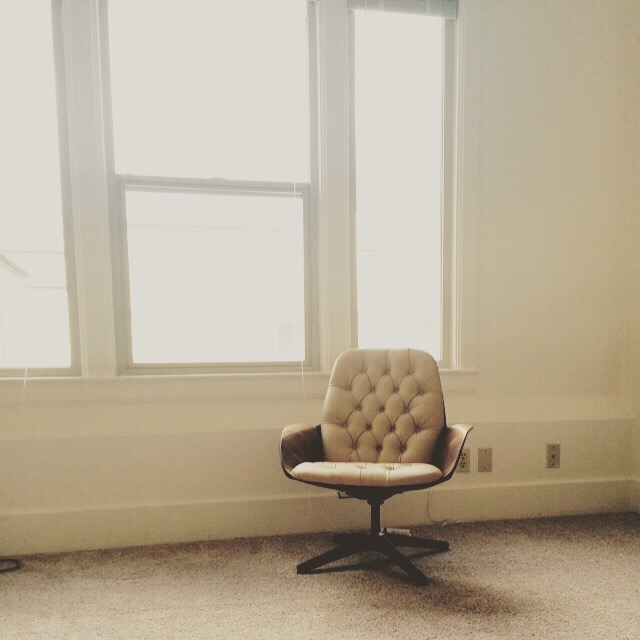 I’m sitting in my new home. A studio apartment in the corner of a 90-year-old building on the 6th floor. And I’m a little terrified. Or maybe overwhelmed is a better word? Intimidated, maybe? But also a little giddy and incredulous that I have this opportunity.

I don’t really know that it’s the size of the city that matters. It’s maybe more that I haven’t yet known how I fit in out here in the West, and I certainly don’t know how I fit in a rather large, notably cool city.

Rest assured, I’m thrilled that we have an opportunity to take this leap and make this adventurous choice of city life. It’s not comfortable, but it is incredible. And a little wild. I will say this, there is no way I’d be this adventurous if I wasn’t completely confident in who I am as Bryan’s wife. He anchors me, however cliche that sounds. And I’m so glad I’m doing this with him.

I think I really want to settle in here; in this tiny apartment in this big city. And I think I’m going to have more to say.

In the meantime, I’m going to catch my breath, spend some time with Jesus and start unpacking boxes.