This morning, Bryan and I went on a walk to the Federal Way Public Library. We literally live 15 minutes away and that’s walking distance, people. Major points for our apartment complex-yet again. 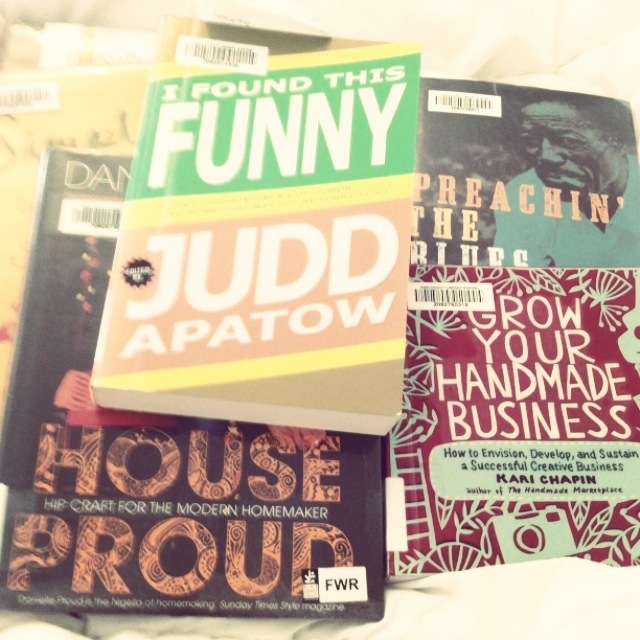 I checked out five books, two on decorating, two on crafts (one completely satirical and the other super serious), and one on humor. Bryan checked out one book calles Preachin’ The Blues: The Life and Times of Son House.   I love how fully ourselves we’re becoming.

This post isn’t really even suppose to be about our trip to the Library, but let me just say one thing.  I had a total epiphany while in the non-fiction section of the library: I felt powerful.  I felt like I had all knowledge about any subject at my fingertips, in these beautiful books.  The internet is great and all, but nobody writes a book’s worth of information on the internet (unless your blog becomes a book, I’ll give you that).  I’m not doing my epiphany justice, but it was magical, I tell you, and it made me want to raise all of our children in our one-bedroom-with-a-loft apartment so we can be walking distance from the Library.  Because obviously that’s our only option if we want to be close to the Library.

Okay, also, one other quick thing about the King County Library system-it’s amazing, and I mean A-MAZ-ING.  They do this thing where they pretend that every single library in the entire county is one library.  So if there is a book you want and the only one available is in Redmond, and you live an hour and half away from Redmond, you can get that book in your local library within three business days.  The King County Library system pretty much dominates.

ANYWAY, the REAL story is this: on our way from the Library, we pass by a small asian man windex-ing his car windows in the parking lot of our apartment complex.  He yells to us at a fast enough pace that I can’t really understand him, but I heard him say “vacuum” and something to the effect that they have stuff to get rid of because they are moving in a few weeks.  I asked him how much he was selling the vacuum for and he said he would give me a fair price at $30.  Sold.  We followed him into his house and found this gem: 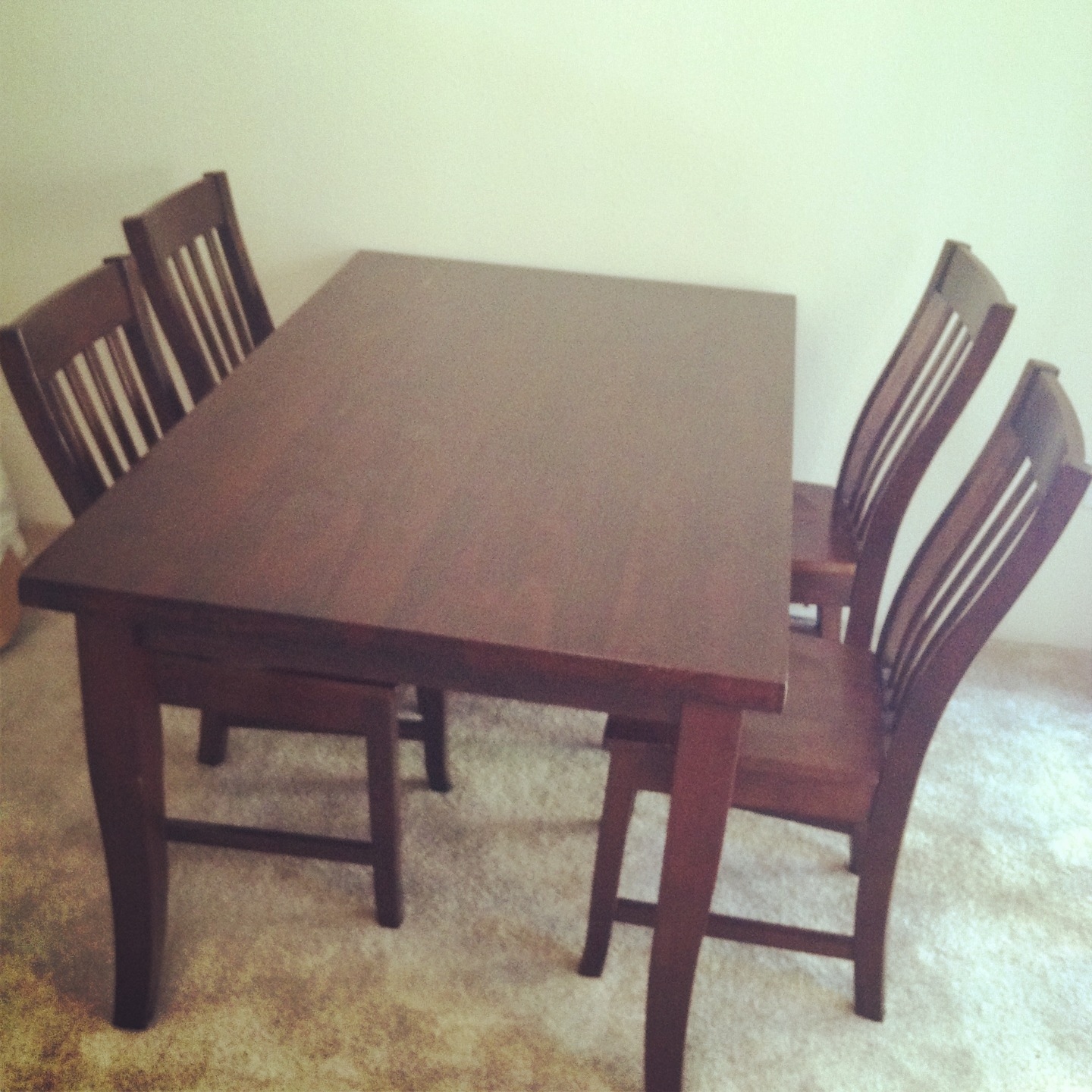 It’s okay, you can be jealous.  We offered $100 for the table and chairs and they seemed so happy to be rid of it.  His name was Roger and his adorable wife’s name was Lui.  I’m kind of sad they are moving back to Las Vegas.  Lui called me “sweetheart” between 7 and 10 times during our total interactions.

Pretty much, today has been great.  And that’s all.

3 thoughts on “today was saturday”