i just want to lay my heart out in writing for a moment.

TRUTH: i have not had much of a desire for Him lately. i haven’t enjoyed Him and i haven’t really tried to enjoy Him. He is and has been becoming a distant influence on my life-only to be called back when i’m in desperate need.

that sounds more harsh and blunt then i mean it to be. i still love the Creator of me. i love Him with most of my being, but the whole relationship that i know He desires from me just hasn’t been happening. and i’ve been perfectly content with that. i know you know what i’m talking about. i know you been content with this life before. i know there has been a time in your life where you’ve said to God, “yeah, You’re great and all, i know that, but i’m just honestly not getting that cool feeling from You anymore, so i’m going to distract myself with ___________.”

well, after almost 12 years of being His daughter, i’m at that place i just described and it’s been and very inward struggle of scary, shame, and most of all confusion for the last year or so. where do i go from here? here’s the cycle i’ve been stuck in:

you get the picture. you can see that my excuse for all of this are what i like to call “pain” and “bitterness.” but really, that’s so lame. i’m so over it, really. i’m just pretending to not be over it so that i can continue to circle around and around and stay stagnant.

but i’m done. “It is for freedom that Christ has set us free. Stand firm, then, and do not let yourselves be burdened by a yolk of slavery.” (Gal. 5:1) i’m not a slave anymore, He has set me free and i want to live in that freedom.

are you thinking what i’m thinking? i’m thinking, “well, lg, that sounds great and inspirational and all that jazz but what in the world are you going to do about that verse?” and the truth is: i don’t know. i don’t understand Him and His grace and His sacrifice, i don’t. i can admit that. but i don’t want the lack of understanding to trip me up as it has for the last however-long-its-been.

ok, so here’s the resolution for the day, because change has to start with a resolution for change. i can’t just expect change to happen in my life if i don’t resolve to do anything about it. duh to me.

discipline is what i’m starting with, because i need to talk to God about my confusion about His grace. and without the discipline of waking up early, or planning out my day so that i prioritze spending time with Him i don’t and won’t talk to Him. i literally found myself going to bed one night last week and saying to myself as i glanced at my Bible, “what’s another day? who cares if i don’t talk to Him today?” duh to me, again. ask me how often i set aside time for Him the next time you see me.

prayer is the priority. real, honest, outspoken prayer coming from the depths of my heart. not pity prayer for my “woe is me” tendencies. but real and big prayer. God gave me such a fun wake-up call this morning. i was in the midst of telling Him all of my current frustration and why i was so mad at Him and stuff and instead of striking me dead because of my ignorant anger at Him, He simply said, “I know. this is what I’ve been trying to get you to talk about! duh*, lisagrace, I’m the only one who can fix you and who can fix everything else your praying about. (here’s the kicker) that’s why you pray.”
*ok, so maybe God doesn’t say, “duh” but that’s what it sounded like to me.

i’ve been humbled enough that i’m actually ok with that.

i forgot to tell you that bryan and i officially have a bed to sleep on when we get married! woot!

we got a suppppppeeeeerrrrrr cheap mattress (in both senses of the word) and because we save so much we also bought a digital camera! hoorah!

except, we took it back the next day, turns out it wasn’t a great digital camera. so, my hopes of having a super fun blog are diminished for now, until we find the time to research and buy a little better digital camera.

so, sometime soon our blog will be so much more fun for you to read and look at, get ready!

ps: in the mean time, i decided to give a little google entertainment for those who have faithfully been reading this blog pre-pictures. 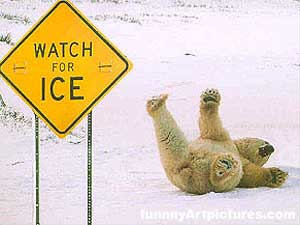 how great is the God that we serve?

the answer is, clearly, beyond what i can even express in words. God has provided soooo much for bryan and i in the past two weeks. He is always providing for us, don’t get me wrong. neither one of us has ever felt that we don’t have enough.
but He has gone over the top (i mean, waaahhhayyy over the top) this time and it’s been so awesome to be reminded, once again, of just how deep and wide his love is for us! if you want to hear more about the major blessings that bryan and i have encountered, just ask me sometime-i’ll be beaming about it for a while yet!

though our human words can never be enough to describe the wonder that is our God, i do believe that He enjoys our humble strivings to bring Him praise all the same. bryan and i love worshipping our God (although, bryan’s a little “better” at the musical aspect of worship as he worshipfully and skillfully plays his bass and other instruments, while i scream offkey in my car and at church).

because bryan and i love worshipping God, both musically and otherwise, i am so excited to update you on the latest developments in our wedding planning saga. we finally confirmed all of our musicians-we only have five! trust me, that’s a miracle, if you know bryan at all! we just met with jeff dodge this morning to discuss the format of our ceremony and it basically consists of music, music and music. it’s fantastic if you ask me. we decided a long time ago that we wanted our wedding and, more importantly, our married life to glorify God in the best way possible. bryan, being the musician and visionary that he is (i’m so thankful for his vision-he captivates my rule-oriented and planner heart and gets me so excited for what God can do!) came up with the idea of starting and ending our wedding ceremony in worship. what a good idea, bryan!!!!!!! he’s a genius, i tell you!

we have it all worked out, so i suppose you’ll just have to come to our wedding to see how great it is!

so anyway, i just wanted to encourage those who read this (which i know, is few) to think about new ways to worship our amazing God, both in good times and in bad. this is challenge i’ve been hard up against for probably close to a year now. it’s been a rough year for me and while i LOVE God, i struggle to worship Him when i feel sad, or lonely, or whatever. it’s been a battle to read scripture regularly. i don’t want to talk to Him, and i know that’s when i need Him most. but even in my bitter state, i think God still loves to hear my offkey screams, crying out to Him, pleading with Him to let me please Him and run to Him once again.

He always opens His arms and says, “get over here, kid.”

alsbury update:
i’m going to be an alsbury in 50 days! no more lying to myself! seriously, everything new that i’ve signed up for i’ve been signing up as “LisaGrace Alsbury” because i know i won’t want to change the username later and also that it will annoy me if my usernames are all “lgduvick” or whatever. my current username of choice is lgalsbury523 (the “523” of course represents the date that this username will actually be true)
i’m also excited to use my gmail account exclusively as i set it up as “lisagracealsbury@gmail.com” before we even got engaged…hey, i knew i was going to marry him!
anyway, we’re going to be a family soon and i am so excited for it. i think we’re as ready as we can get. we’ve learned SO MUCH over the last year (yes, we’ll have been engaged for a YEAR on monday) and are so ready to actually get to apply it.

wedding update:
i purposely put that “warning label” on all of my wedding updates, because i know you all don’t really care and would prefer to skip over it. but i love making lists and planning our wedding so i’m writing about it anyway! humph!
i had an awful dream on monday night/tuesday morning about everything going horribly wrong at our wedding. i’ll just give you a few tidbits as this was definitely the worst wedding dream i’ve had yet.*
i was just standing in the back of church, trying to get everyone to walk down the aisle and get the wedding started but all of the ushers/groomsmen were just sitting down, hanging out with bryan in the back rows, the bridesmaids were not to be found and the flowers girls were wearing tuxes and marching around the outside of auditorium and i couldn’t get them to stop!
then a few of our guests just hopped up on stage and started raffling things off like it was a junior high school fundraiser or something. every once in a while they would say something that would make everyone cheer loudly. i didn’t really care that the wedding had gone horribly awry, it was just that i was so confused and didn’t know how to stop the chaos. let me tell you, it was chaos in my little dream world.

so, what did i do that day? made a list of everything i need to do. i love lists. but the list was really good, because i actually have a lot to do. but not a lot that people can help me with, which kind-of stinks, because i’m totally ready to start asking people for help. all of the things i need to do are simply communicating to the people involved.
people are so unpredictable! i have pretty much everything confirmed except for the things that involve people…and it’s not that i’m not communicating…its that their not communicating back. this. this is stressful to me.
but it’s definitely my fault for loving people too much and wanting everyone and their puppies to be involved in our wedding. we have 5 musicians, 8 flower girls, 4 attendants each and 5 ushers, not to mention 2 guest book ladies, and all the other poeple involved. it’s stressful to not know if you can count on all of those people. it also doesn’t help that we’ve been engaged for so stinking long that i have this sinking feeling that everyone forgot we even asked them to be in our wedding!
Ok, ok, I’m calming down, I’m done rambling! I’m excited to have everyone i love involved in our wedding. it’s going to be crazy fun, i know that much! : )

*all of my other dreams are just about me sleeping in until 12:30pm (the wedding’s at 1pm) and stumbling down the aisle in my pajamas.